This song was a hit for the feminist punk-dance band Le Tigre, started by Kathleen Hanna, formerly of the riot grrl band Bikini Kill. The band’s lyrics and shows often address political issues, including feminism, queer rights, police brutality and the anti-war movement.

The RMO’s version changes the chorus lyrics from “Who took the bomp from the bompalompalomp? Who took the ram from the ramalamadingdong?” to “Here’s to the Man and his bombs his bombs his bombs, here’s to the man and his mother______ war games” while the band and audience collectively raise the one-fingered salute. Occasionally, “neverending war games” is substituted at kid-friendly events.

Le Tigre held a fan contest to design and perform a dance for the video of the song, which was won by Miguel Gutierrez and Howie Rigberg with the dance “Aerobicon.” Team Awesome based their choreography on this version.

Coincidentally, Kathleen Hanna can often be found teaching music at the Willie Mae Rock Camp for Girls alongside a number of RMO members.

Le Tigre, US, arr. by phil not bombs

Tenor, trumpet and clarinet play the Melody in B flat parts. 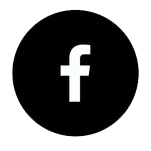 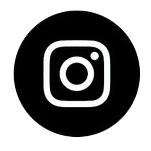